LOG LINE
Being smart at local casino, didn’t help Paul from falling in a human trafficking trap as he bets his life against his team lose in a local foot ball challenge.

SYNOPSIS
The story is about a naive coach that finds him self in the middle of human sacrifice   trap ,

In the story, Robert the human trafficker arranges a fake foot ball challenge between the community renown Primary school team of the Lord Thompson child care center  where Paul  is school English teacher and foot ball  coach  and the village team, whose Coach is  is Robert .

For Robert , a  foot ball challenge  is to create room to  kid nap Rogers,  one of  pupils at the lord Thompson  school  and school foot ball  team  captain

And for Paul,  a foot ball challenge is   to win a night  out with  Sarah , Robert's bitch  and an out standing  woman in the community  .

Things  go as Robert needs ,   Rogers is kidnapped   and boarded in fast moving  van  right in the middle of the  game   , And Paul  can hardly let Robert  go off the pitch  in name of  seeking  a fair  Play   ,

But how does  Robert fool  Paul ? and  if he is completely fooled ,  will he be able to force Robert to return to pitch  for completion of game  ?  and  what will he do when he realizes that its not just  football challenge but a trap  to kid nap Rogers  ? . Besides,  will Robert   let him stand in his way ?

Its main relevance is to provoke answers on Uganda’s propaganda of human sacrifice for rituals.

The relevance of fillming The Coach , Movie director Julian Nabunya speaks to the puublic 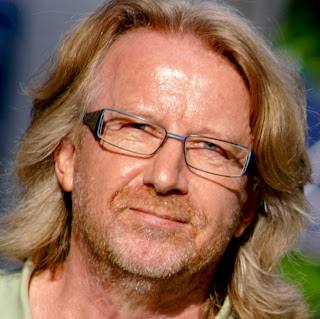 Email ThisBlogThis!Share to TwitterShare to FacebookShare to Pinterest
Labels: Movie

The coach and Problem Back ground ,

Case study Uganda /Buganda region , where the custom is been fused with modern day changes of human sacrifice for rituals insteady of Animal and grains that were oriniginal offered to our god in the region .

Human sacrifice for ritual has been Uganda's slient crime for about 10 years now ever since the local media started broadcasting and publishing issues related to the behaviour , and most of victimised group in this crime , are children , that are usually hijacked from play grounds . schools and some times home by the traffickers ,who then sell them to believer .

However , recently , the Jubilee christian campaign a human right intiative based in the Uk realesed a report about the crime , the report indicated 900 child being victimised by the crime in the region , 83 established cases but unfortunately only "one case" being excutated by the court of uganda since 2006 to date . the report also indicates police inability to provide enough evidence that can be used to incriminate suspects is one fundemental reason to delay case presecution. its also believed that, most of the believer are rich and well identified personality in the community .

There for , there is posibilty that , these rich people use their influence to shut down victimised parents like how the BBC indicates in its undercover report about child sacrifice for ritual in uganda . how ever there has been an effort by the ugandan community , the media , various NGOs, individual chid activists , the uganda police body with its established national task force against child sacrifice but the crime still exsist in the region .
Posted by Unknown at 06:50 No comments:

Email ThisBlogThis!Share to TwitterShare to FacebookShare to Pinterest
Labels: Movie

Promote Your Page Too